Austin’s friendly and magnetic personality shines through in the architecture that’s been a long time in the making.

It’s not the high rises of Manhattan or the blend of Victorian and modern architecture seen in San Francisco, but we have a mix of charming, sleek and tall. Of course, being the tallest in any region is one of the main bragging rights, so we rounded up a list of some of the buildings with impressive heights over the years.

As coming towers make their entry to downtown, the Domain and other booming areas, here’s a look back at where it all began.

If any state capitol was going to be bigger than the nation’s, Texas was going to be it. The capitol stands about 14 feet taller than the US Capitol in Washington DC Taking just a little more than six years to build, it eventually reached 302.64 feet from the south front ground level to the tip of the star of the Goddess of Liberty. The building has such a captivating view that the state and city have worked to preserve it by limiting the height of other buildings in a corridor.

u201c#ThrowbackThursday: In 1931, the Scarbrough Building opened its doors at the corner of Congress Avenue & Sixth Street. With 8 stories, it was Austin’s first skyscraper (it looks tiny now!). It was also the first retail store west of the Mississippi with air conditioning! n#AE125u201d

These buildings, which came to Austin through two Confederate veterans, drew attention in another part of downtown through their impact on the early business center.

In 1910, the Scarbrough building was completed and stood at what was once an impressive feat: eight stories. Emerson Monroe Scarbrough, owner of EM Scarbrough & Sons department store, brought the skyscraper to the southwest corner of Sixth and Congress. Bartering was still a common practice then but Scarbrough changed things up by setting prices and extending credit, reporting by the Austin American-Statesman notes.

While this was happening, president of the American National Bank George Littlefield broke ground on a building. In 1912, it was completed with a roof garden for parties. Littlefield later enclosed the garden to create a ninth story—just one story taller than Scarbrough’s.

In 2012, the buildings marked their 100-year anniversaries with a public celebration attended by the mayor and members of both families.

Imagine an office building without air conditioning. That’s what people had before Norwood stepped onto the scene as the first office with AC and the first “motoramp” for parking. With its castle-like build on West 7th Street, Norwood Tower set the stage for office buildings downtown with rooftop gardens and a penthouse. Its owners also have deep roots in Austin as members of President Lyndon B. Johnson’s family.

With its neo-gothic architecture, Norwood drew attention as the tallest commercial structure and its bashes. In 1939, a party for Austin High graduates was held and one attendee, Liz Carpenter, talked about the experience in the 14-story structure. “It was thrilling and at that point frightening to be up so high,” Carpenter said.

The University of Texas at Austin Tower, 1937

Sonic fast food workers and librarians at UT had a thing or two in common. The main building and its 27-floor tower were originally intended as the campus central library where librarians stationed on every other floor roller skated to requested books. They’d then pass the books along to students down below through a small freight elevator.

Known for its orange glow to mark victories and special occasions, the 307-foot UT tower was the tallest building in Austin for many years.

This 136-foot building was formerly known as the Austin Daily Tribune Building since the headquarters of a newspaper was once housed there.

The site at 920 Colorado joined the national register of historic places years ago and was renamed in honor of the former Texas Railroad Commissioner.

This 26-story high rise stirred some controversy when it was in the works. Some weren’t keen on having a building so high near to the capitol at 1122 Colorado St. Even then Gov. Price Daniel noted his opposition to it in an address to the legislature.

Earlier this year, it applied to become a city historic landmark given that politicians like Lyndon B. Johnson and former Lt. Governor David Dewhurst made appearances there. Plus, the 24th floor was the location of the headliners club. 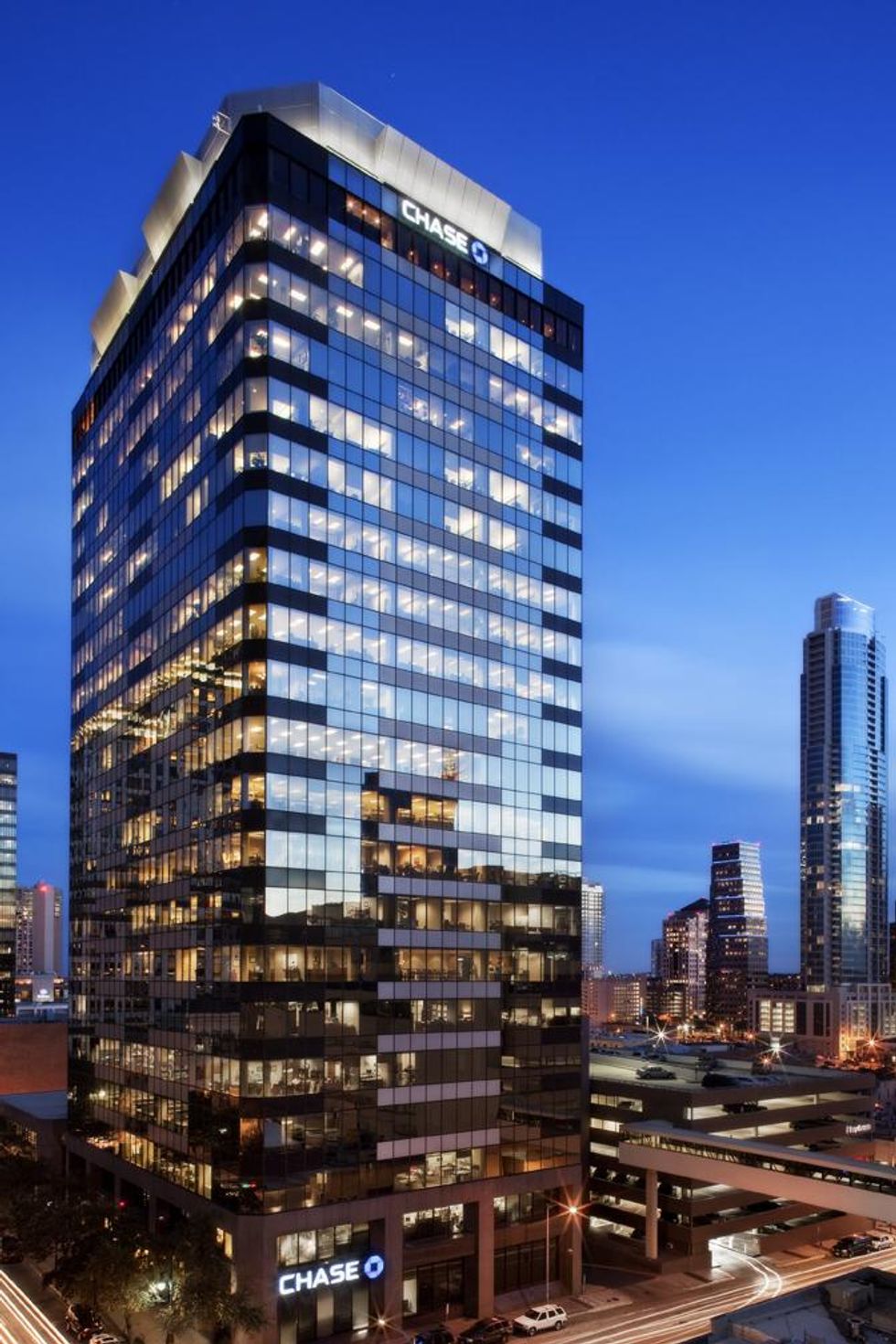 Twenty-one stories of golden mirror beauty. That’s how this tower described itself in an advertisement published in the Statesman in 1973. Aside from height, the building played up strengths like its 750 parking spaces and personal banking center.

This $17 million building enjoyed a year as the tallest building until the Austin National Bank Tower came out to be 14 feet taller. 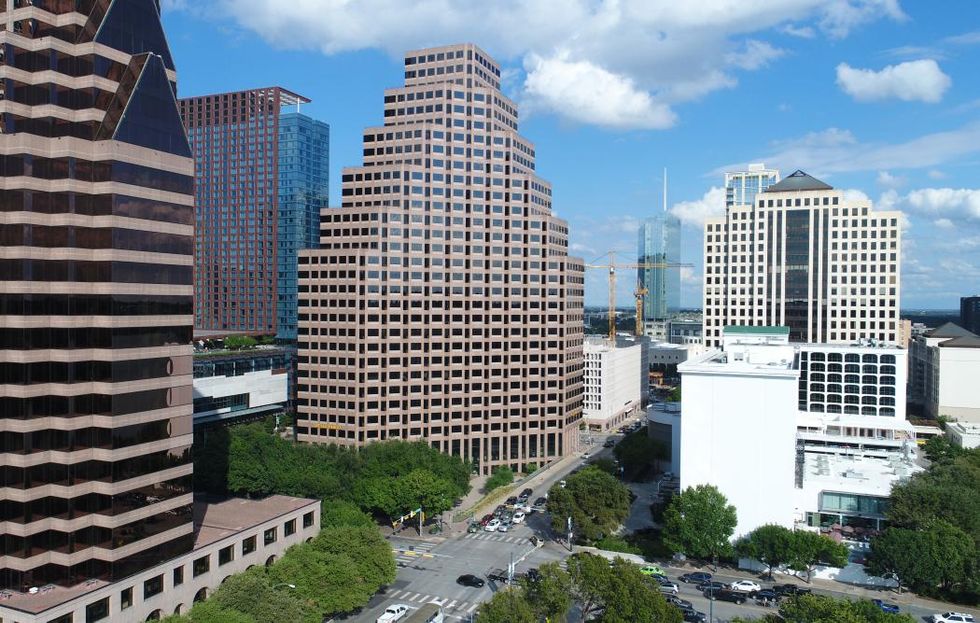 Over 391 feet, this building formerly known as One Congress Plaza has now fallen on the list of tallest Austin buildings. But when it came onto the scene in the late 80s, it was one of the most notable during the tower boom of the time.

Today it features a food hall with eateries like Little Wu and Taco Pegaso. It also includes a conference center that can accommodate up to 75 people in a standard classroom setting and a fitness center to work out in.

A pyramidal crown topping off 33 stories, Frost came onto Congress Avenue standing at 515 feet and quickly got a reputation as the “owl building” given its bird-like appearance with eyes in the bank’s logo.

But as KVUE and others have confirmed, none of the architects have a connection to Rice University, so the eyes aren’t a jab at UT. It’s not connected to the Illuminati either—if you were wondering. 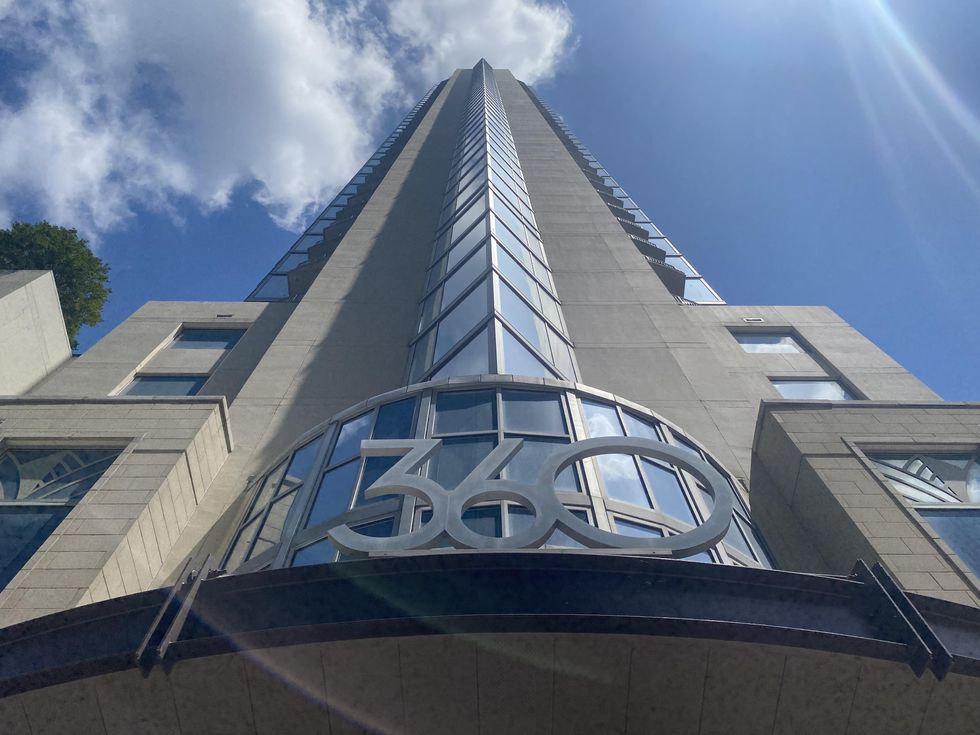 Breaking the Frost tower’s streak of 515 feet, this residential skyscraper went 47 feet higher. 360 is a reference to its numbered address on Nueces, and its 430 units are the envy of many. With a concierge and ground floor retail, it’s also in a prime location by the pedestrian bridge leading to Town Lake and 2nd Street stores.

But its time as the tallest didn’t last long. The Austinian arrived in 2010 with 56 floors that took over 360’s reign. Residents there enjoy amenities like a spa room, a library, a wine cellar, a theater and more.

It proudly touts itself as the tallest residential tower west of the Mississippi, but it has other offerings like an outdoor lounge, a heated pool, a coffee bar and more. 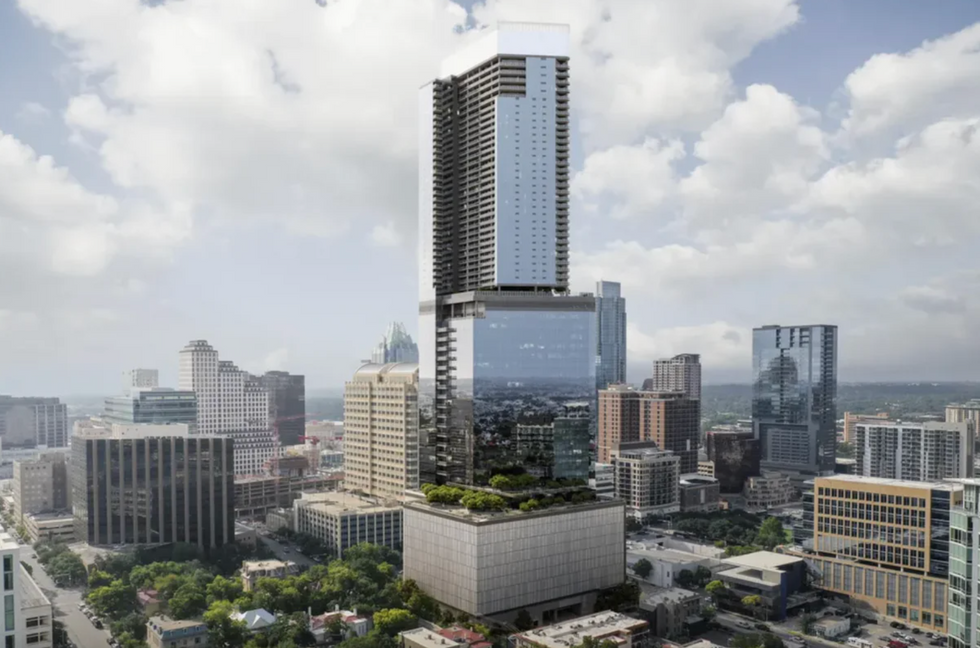 That brings us to now where we’re seeing some Scarbrough-Littlefield type of drama play out. The 66-floor tower known as Sixth and Guadalupe is set to house Meta. But it’s going up against another contender for the tallest building, a mixed-use project at 98 Red River St., which could end up being the tallest building in Texas.