[Editor’s Note: In times of market turbulence, white coat investors could be looking for a way to diversify their portfolio. If so, let us introduce you to the Peak Housing REIT. Since this investment has a low correlation to stocks and bonds, this real estate opportunity will help temper the volatility in your portfolio. The Peak Housing REIT has already made big waves in a short period of time, and it’s quickly become a WCI favorite. Make sure to check it out today!]

I’ve been a huge fan of Vanguard for as long as I’ve been financially literate. Even though I’m an ardent capitalist, I still love the mutual ownership of Vanguard (the only mutual mutual fund company). Since the funds own Vanguard and I own the funds, I’m the owner, albeit in a very tiny, very indirect way. That’s not to say Vanguard has not had its problems. It certainly has. However, every few years someone proudly out an article about how Vanguard has “lost its way.” The criticisms are almost always valid, but I don’t see them quite as pessimistically as most.

Has Vanguard Lost Its Way?

The most recent article on this topic, from John Rekenthaler at Morningstar, is similar to other articles (and dozens of Boglehead Forum posts) on the topic. Like most, it idealized the founding of Vanguard as being all about St. Jack helping out the little guy. I like Jack Bogle as much as the next person, but it’s important to read his own words about the founding of Vanguard. It wasn’t ALL about helping out the little guy. You can get all the details in his 2018 “Stay the Course,” but the bottom line is that Bogle had worked for the conservative Wellington Fund from 1951 when he came out of college until he became the executive vice president in 1965. In 1966, he merged with the “ARK funds of the 1960s,” called Thorndike, Doran, Paine & Lewis. Bogle became CEO of the merged company. It subsequently collapsed in the early 1970s, Wellington lost 3/4 of its assets, and the stock price of Wellington Management Company plunged by more than 90%. Unsurprisingly, Bogle was fired.

Bogle was a smart dude, though. As far as I know, we only have Bogle’s side of the story, but part of the founding of Vanguard involves a management dispute and some legal wrangling (shenanigans?) over this firing. Basically, the only way he could stay in control was to have the funds own the management company. So, he did that, and voilà, Vanguard was founded. Yes, that had the awesome side effect of a mutual mutual fund company. And this idea of ​​an index fund had been percolating around in his head for a while too and was soon implemented. But knowing the REAL story certainly takes a little luster off of the legend. I’m sure the story would be even less flattering if it were told by some of the other people involved rather than Jack.

My point in sharing this is not to denigrate Jack or his subsequent work in any way, shape, or form. It’s simply to lower your expectations from Vanguard. Jack was human. Vanguard is just a company. And it probably never would have existed at all if Jack had not had to scramble to keep his place in it.

Some people trot out various “evidences” from time to time that Vanguard has lost its way.

Perhaps the funniest is when people realize that Vanguard not only offers actively managed mutual funds but actually promotes them both to the general public and its advisory clients. The critics think this is some kind of a new thing. It’s not. Remember Wellington? Yeah, it’s still there (and has been since before The Great Depression):

So is Wellesley. And Windsor. And PrimeCap. Vanguard is coming out with new actively managed funds all the time. Some do well. Some do poorly. The ones that do poorly are eventually closed and merged and swept under the rug, just like at all the other actively managed mutual fund companies. They’ve had “hedge fund-like” strategies, factor-based strategies, quantitative funds, private equity funds, and multiple manager strategies. Even Jack Bogle owned plenty of shares of actively managed mutual funds. Expect this to continue in the future. But don’t lose faith in Vanguard because of it. Vanguard was never an index fund-only shop.

#2 vanguard Is No Longer the Low Cost Leader

After a few decades, the trend away from active management and toward passive management became very clear. The other “good guy” large mutual fund/discount brokerage firms, including privately owned Fidelity and publicly owned Charles Schwab, had to jump on board or get left in the dust. So they did. They started offering index funds, too. The funds weren’t as large, maybe weren’t quite as well run, and weren’t benefiting from the patented fund/ETF structure that Vanguard had. But they could at least compete on price. They first dropped their expense ratios to be in the same neighborhood as Vanguard, and then they went even lower than Vanguard. For a few funds, they even went to 0%.

The real competition turned out to be other companies that beat Vanguard into the ETF space such as BlackRock (iShares) and SSGA (SPDRS). Low cost, passively managed, and an ETF package . † † what’s not to like? Sure, there were lots of entrepreneurs out there trotting out their high-cost index funds and bribing their way into 401(k)s, and Fidelity and Schwab certainly have plenty of investment offerings that aren’t so good for investors. However, the big four or five companies that actually offer reasonable low-cost passive investments eventually rose to the top. Now their offerings are all basically the same. Does that mean Vanguard lost its way? Of course not. It means it forced the industry to change. This is what winning looks like! Imitation is the most sincere form of flattery. Just be glad you have more options for your 401(k) or HSA or for tax-loss harvesting or whatever.

Bogleheads have been complaining about this for years, and it’s not just anecdotal. Vanguard apparently used to pick up within three rings. Now, you might be on hold literally for hours (make sure that your cell phone is charged and you have something else to do when you call). You can have a bad customer service experience at Fidelity or Schwab, but it’s less likely. The good news? With the ETF revolution, you don’t have to use Vanguard. You can own funds built by Fidelity, Schwab, or BlackRock, and you can hold Vanguard funds (usually the ETF version) at Fidelity, Schwab, or any other brokerage your heart desires. Vanguard funds and top-notch customer service, what’s not to like? Let’s be honest, people go to Vanguard for the low price, not the customer service. That’s not all that new in my opinion. Vanguard customer service wasn’t awesome in 2005 when I moved money there, and it still isn’t. Rekenthaler speculates:

“To be sure, outsiders cannot know if Vanguard’s customer-service woes have occurred because the company lacked the assets to pay for the necessary upgrades, or through mismanagement, or because of a calculated business decision. Some organizations have opted against answering their telephones for routine calls, figuring that the cost savings outweigh the reputational harm. (Try to reach somebody at Uber. I dare you.) Perhaps Vanguard is among that group.”

However, I think this is a case of chalking something up to malfeasance that is better explained by incompetence. This is simply growing pains. Vanguard is the third-largest mutual fund company in the world by assets under management (BlackRock and Charles Schwab are slightly ahead). BlackRock doesn’t offer individual accounts like Vanguard. Vanguard got to that level very quickly. Scaling a business is a lot harder than it looks, especially when you’re trying to run the business at cost. Schwab adopted a lot of what worked well at Vanguard. It’s time for Vanguard to do the same!

Vanguard is also frequently criticized for offering advice, despite the fact that it does so at a 70% discount to the industry standard fee of 1% of Assets Under Management (AUM). My beef with the Vanguard advisory service isn’t the price or even the fact that it now has some funds only available to its advisory clients. It’s the fact that you simply cannot provide high-quality, personalized financial planning and investment management for 0.3% of a $100,000 portfolio. People have way too high expectations of what they should get for their $300 a year. What you get at Vanguard is to make sure you don’t have a stupid portfolio and that your portfolio gets rebalanced periodically. Anything useful you get above and beyond that should be considered icing on the cake. This is a product for the masses designed to compete with the robo-advisors, not a serious contender for a real financial advisor. 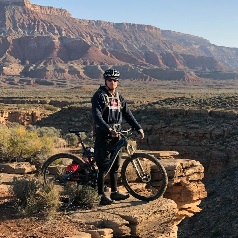 I have discussed the royal tax screw-up with the Vanguard Target Retirement Funds in detail elsewhere. I was not surprised to see the initiation of a class-action lawsuit about it. Those who held these funds in a taxable account (despite everyone I know advising against doing so) really paid an unexpected price for something Vanguard did. Whether knowingly or unknowingly, the pain was very real. Perhaps worse than the actual tax hit was the sense of betrayal by Vanguard, that it puts institutional investors ahead of individual investors. I was as disappointed as anyone else, but again, I think this was probably better explained by incompetence rather than by malfeasance. I don’t expect it to happen again, and even though I’ll have to pay (as one of the owners of Vanguard) to defend against the lawsuit, it should be a good reminder to Vanguard execs about the importance of thinking about unforeseen consequences.

Obviously, I still invest at Vanguard, but I confess it probably has at least as much to do with inertia as low costs and appreciation for Jack Bogle and mutual ownership. However, I am well aware that there are many product lines that Vanguard does about the same as others or worse. It wouldn’t break my heart to have to move everything over to Fidelity or Schwab. I’m not sure it would bother Vanguard either!

What do you think? Has Vanguard lost its way? Why or why not? Have you had any surprisingly bad or good experiences with Vanguard? Comment below!